War has been part of human existence since time immemorial. It only differs in form but usually bubbles up to one thing- that of a struggle to end something we abhor.

Hitler must have prophesied he would be remembered forever by launching the biggest war at all. A man whom many considered as embodiment of evil. Indeed, he's always being remembered- and utterly hated.

Through the years, people like him were born possessed with that lust to shed blood. This time however, the horrible acts committed are being camouflaged into terms such as national security and heroism. Terror, grief and antagonism are covered in the National flag hoisted with pride. 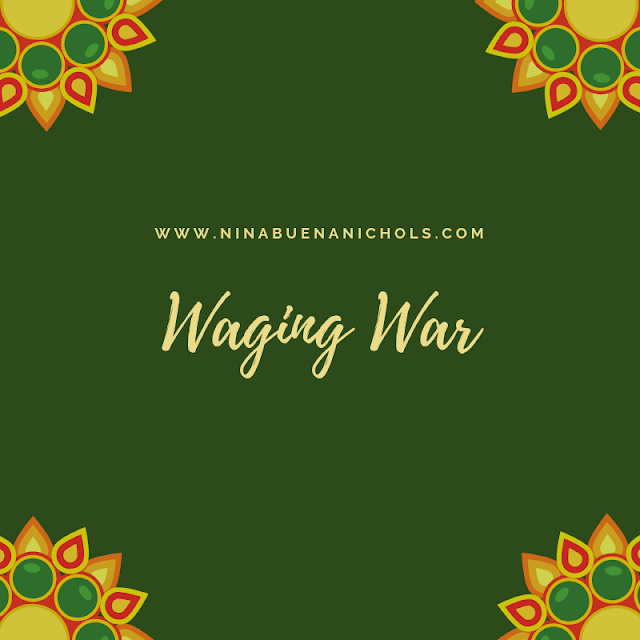 Influential countries thrive with influence all over the world while majority of poor countries that can't afford billions of dollars to powerful armors cowed in fear that they'll be the next in attack.

War exists not only between countries but in other forms as well. There's that war between families, friends and the list goes on.

Our armors come in disguise. Oftentimes, even if we try to hide behind our mask we can't really conceal what we feel inside. There's that war for something inside us that's dying to go out.

War with ourselves is without a doubt the most difficult battle of all. It's not just blood that will be shed at the end but heart will be ragged into pieces.